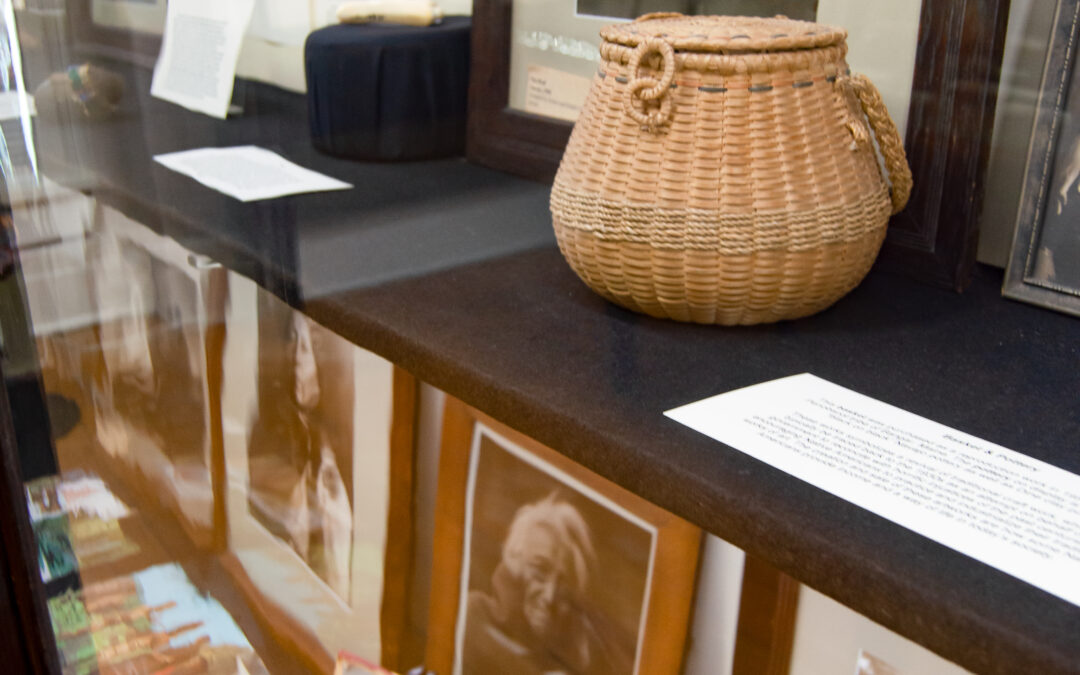 I’m often amazed at the number of excellent performers, writers, statesmen, etc. who come from small and sometimes remote towns.

Karl (later Carl) Moon is one such person who came from Wilmington, Ohio. He was a photographer, painter, collector of artifacts and, with his wife, a writer of books primarily for children.

His focus was native people of the southwest U.S. He meticulously recorded their lives for posterity.

Although I knew of him some years ago, more recently he came to my attention in two ways.

First, an Indian artist and high school classmate of mine who lives and has his studio in Nashville, Ind. told me that there were photos by Moon in the local Clinton County History Center and he asked if he could come by and see them, which he did. That was my first acquaintance with Moon’s photos.

The second recent encounter was at the Red Rocks Indian Museum near the Colorado-Arizona border, where I received the brochure titled “Discover Navajo” which is intended to introduce visitors to the Navajo Nation, the largest tribe in North America. As you open the two-fold brochure, the famous photo of Moon’s 1907 “Navajo Boy” is front and center.

This is clearly Moon’s most famous photo and is used in many ways and locations to introduce native people in general, and especially Navajos. The caption under this full-page photo in this 400+ page over-size book titled,” In Search of the Wild Indian: Photographs and Life Works of Carl and Grace Moon” reads: “A Navajo Boy – This is the best known of all of Moon’s images. His handsome, intelligent face stares directly into the camera bearing a striking resemblance to a Greek god. From Moon’s original glass negative.”

During Moon’s life he became well-known, and because of his success as an artist, he was in great demand in a variety of venues. Early in his career he was invited to show his photos at the Museum of Natural History in New York City and at the exclusive Cosmo Club in D.C.

It was while he was in the capital city that President Theodore Roosevelt invited him to exhibit his photographs at the White House.

(Moon had many famous friends with whom he shared a variety of interests, including Walt Disney, Zane Grey and the artist and sculptor Frederick Remington.)

A similar, early event in his career gave him clear exposure as a budding artist to be watched – that was the acceptance of an article and photos in the 1906 issue of the “Burr McIntosh Monthly”, a leading art publication of the time. Not only did his article and photos appear , but there were additional photographs and stories about John Burroughs, Winston Churchill, William Taft, and King Edward VII.

“They not only accepted his printed story with 16 photographs but they honored Moon by using one of his photographs (Juanita), in full color, for the cover of the issue. This honor was uncommon for a young man who had only been in the Southwest around two years.”

His relationship with President Roosevelt continued, and since they seemed to have so much in common, he was asked to accompany Roosevelt on a hunting trip to Africa after he left office. Moon was unable to attend the first portion of the trip, but he caught up later.

Roosevelt was sent on the trip by the Smithsonian institution to collect specimens for their new museum. “Moon, like Roosevelt, was an accomplished hunter and keen outdoorsman. He took advantage of the trip by bringing along his camera and taking hundreds of photos of the hunt, in which 296 big game animals were brought down including 9 lions.”

This relationship with the Smithsonian continued and late in Moon’s career and, after several attempts, a donor was found and 26 paintings by Moon were delivered to the Smithsonian Museum in September of 1943. Just three years later he passed away — a year later than his wife, with whom he created a series of books for children and much more.

It seems that Carl Moon never stopped; he went from project to project, he was something of a Renaissance Man. A simple article like this cannot begin to do justice to his energy and skill.

In the back of the book I previously mentioned and under Acknowledgements, I found the following references: first, to “The Clinton County Historical Society” and second to the “Wilmington Public Library of Clinton County Ohio.”

These two references appear here because Carl Moon never forgot the town of his birth!

In our Historical Society (*) I was shown nine paintings by Moon in the board room, and at the History Center there are four photographs by Moon.

In a recent article I asked if a reader of my article might be willing to fill in the facts concerning a death which altered the use of a rural private park. A 93-year-old woman responded and was able to authentically provide the missing information.

In reference to Carl Moon — who did not forget his birth place, but saw to it that his art work found a home in his hometown — I wonder if it might be possible for these two important institutions to make a special effort to provide an opportunity for the citizens of Wilmington and Clinton County to view the work of this special son.

Carl Moon deserves it, as do our local citizens.

*Correction submitted by the Historical Society – The Wilmington Public Library has 9 Moon paintings in their board room. The Clinton County History Center’s collection of Moon works are on display in their Native American Heritage Room located on the second floor of their museum.