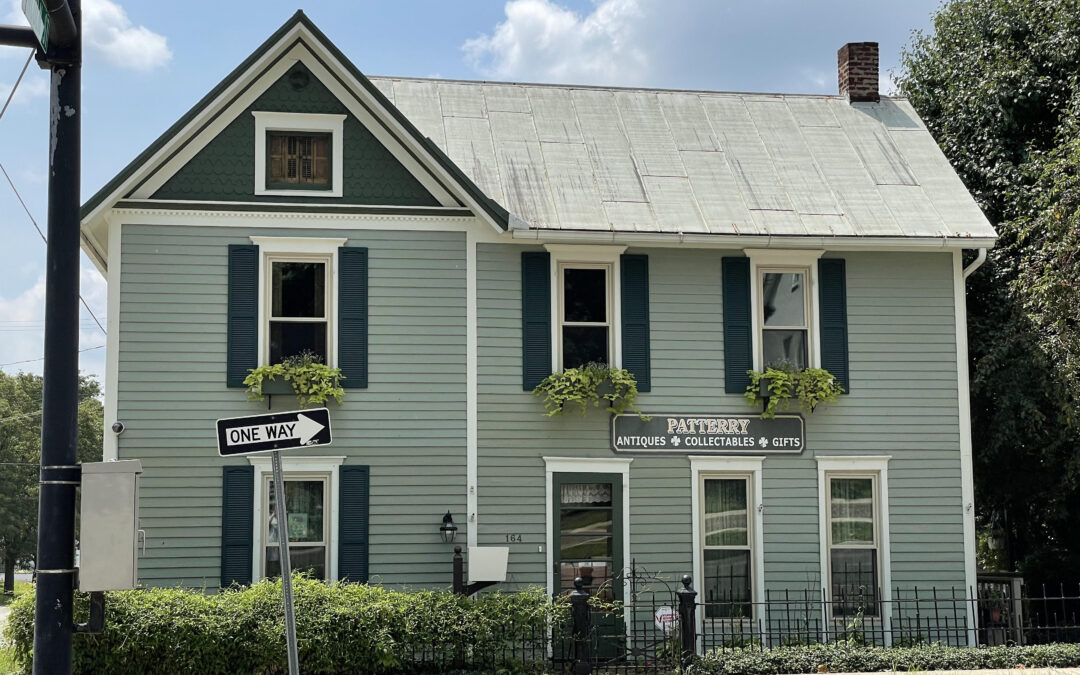 A home is what a person makes it.

Some people collect furniture, some pictures, others lamps or knick knacks. No matter what you put in your home, it is always a place to come back to.

This is the story of such a home — one of the more historic houses in Wilmington.

Wilmington was a village in 1810 and had very little infrastructure. What it did have was room to grow, and building lots.

Lot number 123 was purchased on September 3, 1810; it was one of the first lots to be sold, and William Hoblett was the buyer. The lot was on the corner of Locust and Lincoln Streets and a two story wood-framed house would be built there. This would be a stately home with large windows and a nice yard.

The story of the historic Foland home is one that Wilmington should not soon forget, as it saw some of the most prosperous people, and with much initiative, in Wilmington’s history.

Doctor Daniel J. Foland purchased the home from the Hughes family in 1868 after returning home from the Civil War, where he saw a large amount of action as a Captain.

He participated in the battle of Vicksburg onboard the U.S. Navy’s newest ship types, the ironclads. He saw service on the Osage and Neosia. He became a doctor and a pharmacist and married Lucy Tracy and together they set up house on the storied corner.

Doctor Foland’s mother, Matilda, was a widely respected person, and when her husband passed away, she moved in with Daniel and helped care for things. She was so widely respected that the Denver family charged her with taking care of Mathew Rombach Denver when he was born.

The home was directly across the street from the Denvers — where the Clinton County History Center stands today. Instead of pay, the Folands were given a wooden cherry cupboard a gift from Gen. Denver’s wife Louise. This cupboard resides in Wilmington and is still owned by Folands to this day; it is well cared for and cherished by the family.

Doctor Foland had a full house, with at one time five people living under one roof. Unfortunately, Lucy would pass away; Foland would marry again in 1898 to a woman named Sarah. They would have a son named John D.

John would live in the Foland home and marry Mary Louise Boland in 1920. John was was a jack-of-all-trades, including being one of the best shots in the county — he would be named safety director and have target practice in the basement of the home.

That basement can tell many stories, one of which was it was rumored to be the first concrete basement ever poured in the county. Where the police would take target practice, bullet holes can still be seen in the basement.

John and Mary would have two sons, James W. and Dan B. Foland. The boys would be born nine years apart, but they still found time for one another.

One such story goes that Charlie Farquhar came over one day to play with Jim and young Dan. The idea struck them that they could toss young Dan out the second-story window and catch him in a bed sheet. The incident almost happened until Mary Louise happened in and saw what was about to take place. No one knows if it would have worked or not.

Jim would marry Betty Miller and Dan would marry Marjorie Haidet. Their children would grow up in the Foland home, all five of them visiting Mary Louise until her passing, and then Jeff Foland, the youngest of the Foland children, would take up residence.

He would welcome Sarah Foland, the fifth generation to live in the historic house. Jeff would sell the home in 2001 and a new owner finely came to pass; Pat and Terry Thompson would become the proud owners of the home and turn it into a shop named The Patterry, and they reside in the home full-time.

Things change through time, such as home ownership, and the Foland house is no exception to this rule.

Home is where the heart is, some say, and there have been many loving and giving hearts in 164 E. Locust St.

One of the many examples of this is the light that sits in the large Lincoln Street window.

As far back as World War II, a lamp has sat there lighting the window. The reason for this was Jim Foland enlisted in WWII as a medic and Mary Louise wanted to put a light in the window so he could always find his way home.

Pat and Terry Thompson have carried this tradition forward because they care about the home and its traditions. The Foland House has stood as a testament to Wilmington and has seen many changes over the years, from dirt and cobblestone streets to the horseless carriage.

Jonathan McKay is a Clinton County native and a current member of Wilmington City Council.

If you are interested in researching your historic property, give the Clinton County History Center a call. We can utilize on-site historic documents and family genealogy to better define who lived in your local home and when! We are happy to help assist you in discovering the past.