What is it Wednesday? Sarah & Issac Harvey’s History 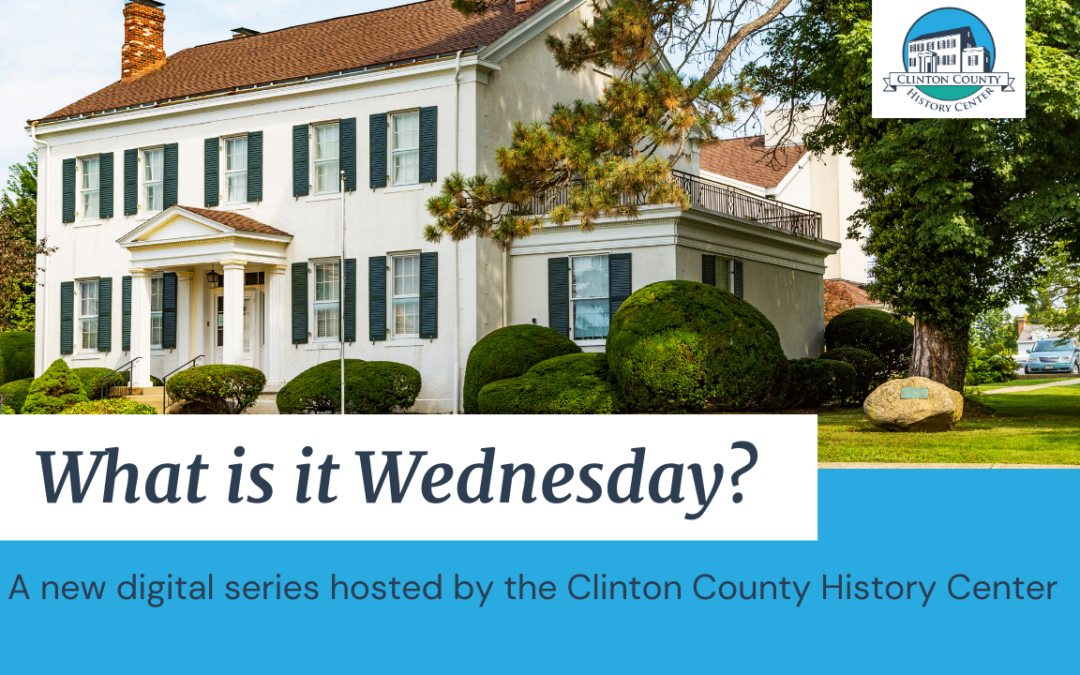 Tune in each Wednesday for our new digital series, “What is it Wednesday?”. We hope this series will help you learn more about Clinton County (OH)’s rich local history and about the Clinton County History Center’s museum.

A Portrait of Sarah & Issac Harvey (2013-032) and their Corner Cupboard (1991-145) As Quakers, Sarah and Issac Harvey were in support of Abolition and freeing African-American slaves prior to the Civil War. Residing on 200 acres of land as farmers in Clinton County Ohio, they felt a calling to speak out again slavery. Their story of meeting President Abraham Lincoln to lobby for Emancipation (sometime between 1861-1862) has been preserved thanks to an 1870 article which was written by Nellie Blessing-Eyster, a family relative. Sarah and Issac received a Meeting Minute from President Lincoln to take back to their Quaker Meeting (church) as proof of their outspoken mission. The Meeting Minute has since been lost but numerous accounts of the Harvey’s interactions with Lincoln still live on.