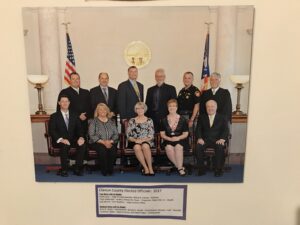 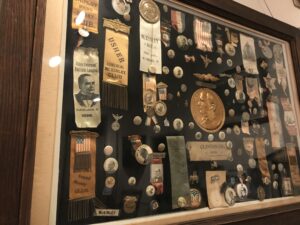 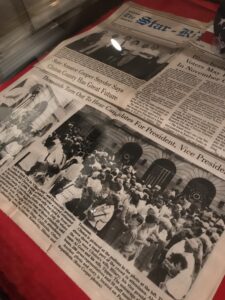 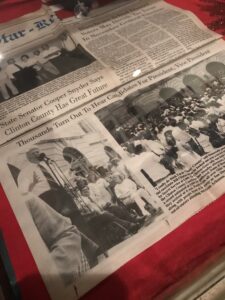 Star-Republican Newspaper. Bill Clinton standing on the steps of the Clinton Co. Courthouse – 1992 during his campaign trail 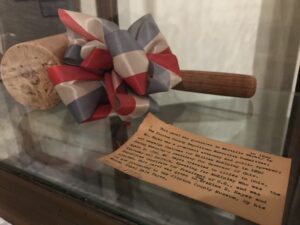 The typed card reads, “this gavel was presented to Melville Hayes in 1890 by the Clinton Co. Republican Executive Committee; Mr. Hayes was a prominent attorney and public speaker; and campaign Chairman for William McKinley in 1890 during McKinley’s candidacy for Governor of Ohio.Again in 1896, Mr. Hayes traveled to cities in Ohio, KY, and Indiana, speaking for McKinley who was the Republican candidate for President of the U.S., and was elected. This gavel was given to son, Erskine R. Hayes and is now presented to the Clinton County Museum, by his widow, Ethel Hale Hayes 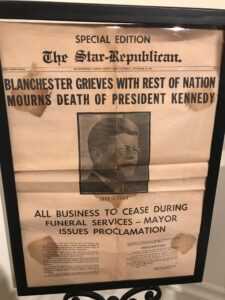 An article printed by the Star-Republican, in Blanchester OH (Clinton County) from November 23, 1963 morning the lost of President John F. Kennedy