This article is the first in a new series on the history of Sugar Grove Cemetery, as well as the first step toward the creation of a walking tour video. This first installment focuses on the Rural Romantic style of cemeteries, like Sugar Grove, that came into fruition in the 1830s and 1840s.  Located in Wilmington, Ohio, Sugar Grove Cemetery reflects the Rural Romantic style cemetery. Its elliptical drives and curved paths, over 200 varieties of trees and shrubs, bridges, winding stream and various levels of elevation were designed by Leo Weltz in the fashion of the Rural Romantic cemeteries popular in the mid to late nineteenth century. Naturalistic designs in Romantic style typically had curvilinear roads and paths, trees and shrubs planted in masses with asymmetrically curving perimeters, classical or rustic structures or site furniture, and rolling or rough ground planes covered in meadow-like grasses or natural vegetation, much like what was designed at Sugar Grove.

Rural Romantic Cemeteries were burial places that, unlike the typical churchyard of earlier times, were located outside developed urban areas, usually at a site with some distinguishing natural feature such as dramatic landform, existing woods or water features, or impressive distant views. The idea of burial outside city limits was considered advanced, primarily as a result of health concerns associated with the typical early American practice of internment in cramped in-town graveyards. These cemeteries were designed to provide sanctuary, solitude, quiet, adornment, and beauty. It was common, especially on Sundays, for families to picnic in cemeteries “taking long walks in the peaceful setting, thinking about the past and the future, and keeping a little bit of history alive for themselves.” Many Americans supported and promoted the Rural Romantic movement because they believed transitioning gravesites to rural areas would reduce desecration and allow loved ones to comfortably be buried together without the worry of being uprooted by the expansion of a city in the future.

The Rural Romantic cemetery movement signified a shift in the human processing of the phenomenon of death. In the place of dreary, dark burial grounds, cemeteries were to be made into celebrations of life, and the beauty surrounding it. Instead of a spanning area of holes filled with corpses of loved ones, rural cemeteries gave the deceased a new, more aesthetically pleasing home. The Rural Romantic movement is arguably the foundation of the American park movement.  Leaving the city and seeking rural beauty had its merits, but was not available to all. By the end of the 19th century, the role of the cemetery as a place of escape from the city had been supplanted by the establishment of parks, and by the blurring of city and countryside as suburbia evolved. Eventually the rural cemetery and its sentimentality faded out of fashion, and the outskirts were absorbed into cities. Contemporary burial grounds, now frequently referred to as “memorial parks,” are much more somber in terms of their layout and imagery, with stark granite stones positioned in grass with only sporadic trees. However, these rural cemeteries like Sugar Grove survive within contemporary cities like Wilmington, and continue to offer a meditative respite from the bustling modern life. 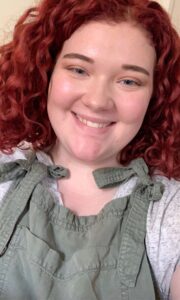