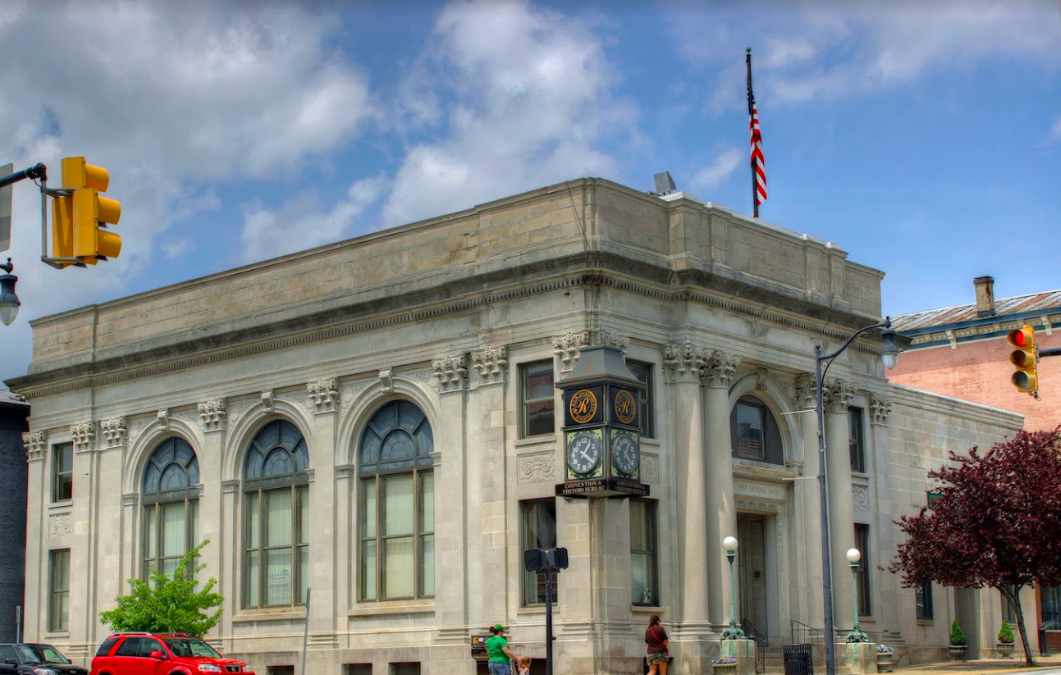 As we conclude Preservation Month during the month of May, we feature The First National Bank Building – located at 13 N. South Street in Wilmington.

Why this place matters?
Perviously the home of the Clinton County in Southwest Ohio CVB, this building was built in 1924. Originally it was the home of the 2nd courthouse before it was raised prior to 1919. The First National Bank outgrew their space across the street in the Fife & Bosworth Building and moved into this building sometime after WWII.

The popular suspended clock on the corner was installed in 1949. An original 4 sided, 9 ft. pedestal street corner clock which chimed was installed in 1925 but was ultimately ran over by an Alber’s truck on July 30, 1948. This original clock was purchased by A.J Wilson – Bank President – for about $2,100 and connected to a master clock inside the bank. 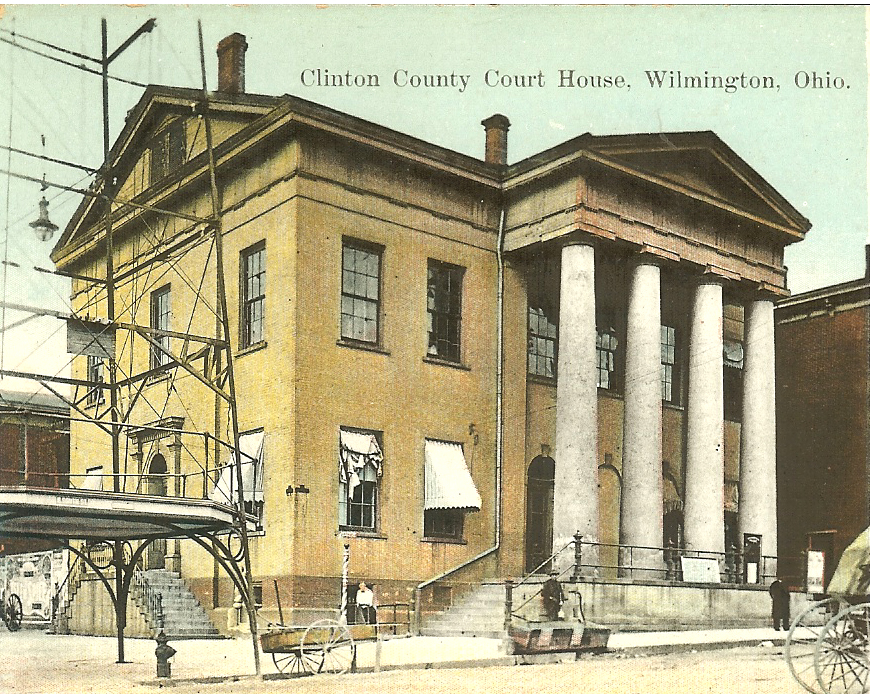