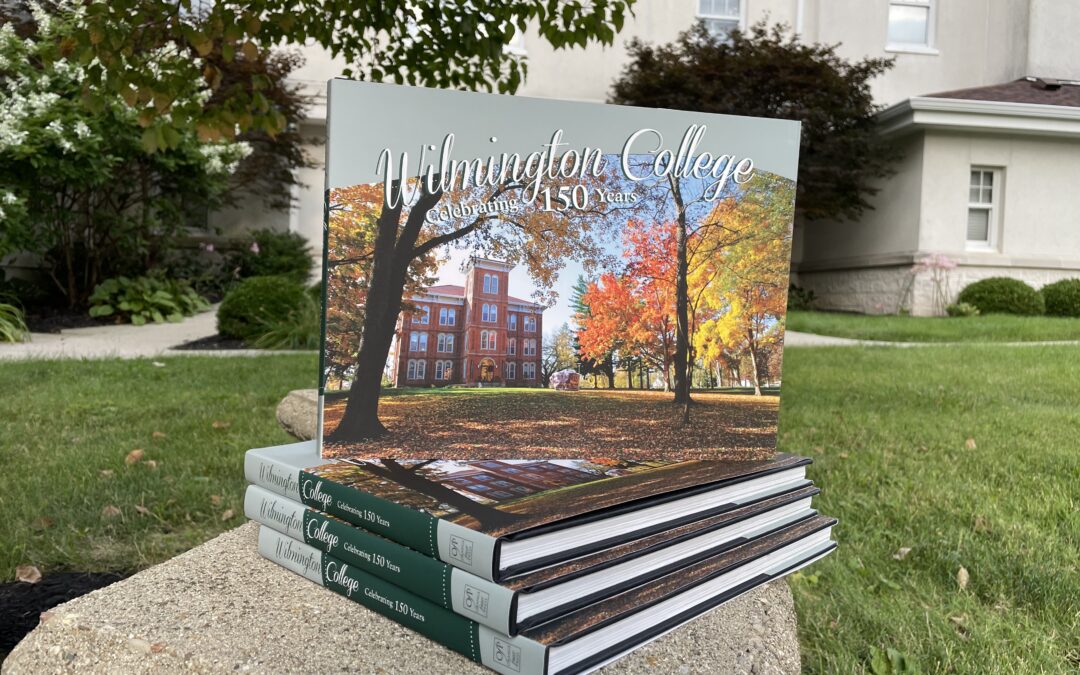 We can ship any orders via mail for an additional fee. 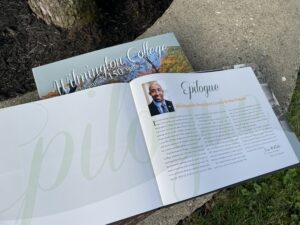 “Wilmington College: Celebrating 150 Years” emerges as a chronicle of the institution’s distinct story in American higher education and a memento of WC’s sesquicentennial celebration in 2020 and 2021.

Starting with the ill-fated Franklin College following the Civil War, it tells a remarkable story ranging from local Quakers in the 19th century purchasing a partially finished building and adjacent land for $11,334 to WC gaining international acclaim when students took the initiative in building a much-needed men’s dormitory to house an influx of students following World War II — through the institution’s ongoing renaissance in the 21st century.

The book offers a unique insight into the school’s extraordinary history through a blend of compelling narrative and side stories illustrating milestone events and transformational personalities. Historic photographs, along with tidbits and trivia relating to academics, athletics, student life and the business of the College complement the story.

Primary writers include: Heather MIller, a WC alumna in public history who serves as assistant director of admission. She researched and wrote the central narrative that weaves together events and persons in a largely chronological order. 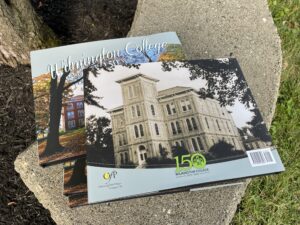 In an opening chapter titled “1870-1873: A Quaker Education Born of Peace and Reconciliation,” Miller wrote, “Together, the brothers (John Henry and Robert Douglas), along with a young zealous Quaker by the name of Jonathan Bailey (he would later go on to found a Quaker colony in Whittier, CA), hitched up a white horse to a phaeton and pursued fundraising by visiting the local Quaker Quarterly Meetings.”

Dr. Tanya Maus, director of the Quaker Heritage and Peace Resource centers, wrote extensively about the ongoing influence of the Religious Society of Friends and their values of equality, service, peace and social justice.

Maus wrote, in a chapter within the section titled “The College’s Response to War 1914-1975,” “In the years following the Vietnam War, the College’s commitment to the Quaker Peace Testimony remained strong. In the mid-1970s, two major events demonstrated this commitment: the establishment of the Peace Resource Center and the Continental Walk for Disarmament and Social Justice.”

Mitch Blankespoor, director of athletic communication, wrote the section highlighting the role of athletics throughout the College’s history. In the chapter tiled “Quakers Compete: Athletics at Wilmington, College,” 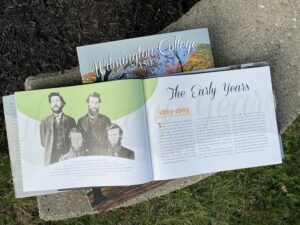 Blankespoor wrote, “In 1947, the College reinstated football and brought in 1936 alumnus Fred Raizk as head football coach. Raizk would become one of the most iconic individuals in the College’s athletics history.” 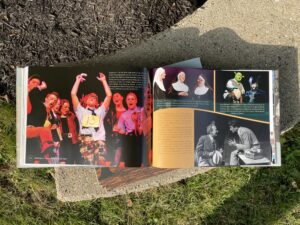 Orange Frazer Press partnered with the College in producing the book through its numerous publishing services. Sarvis noted the “wonderful and rewarding experience” working with the company.

“The College greatly appreciates Orange Frazer’s outstanding customer service but especially the care and ownership their staff put into planning, design/layout and producing this keepsake,” he said. “It personally was an inspiring experience working with these publishing professionals.”