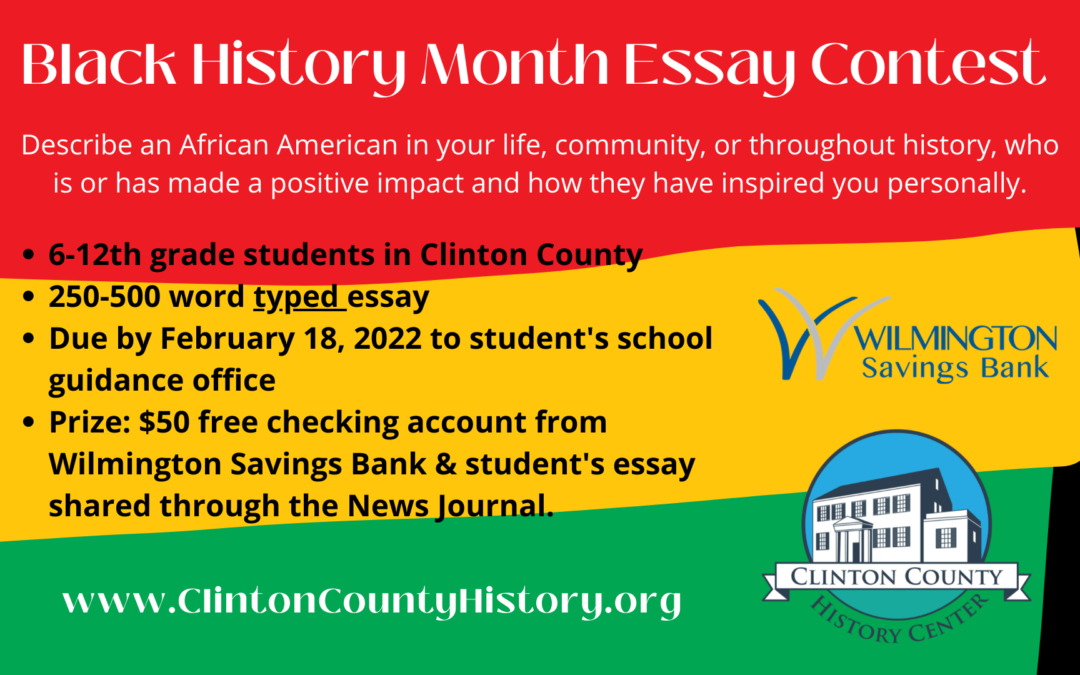 I have always been one to make friends with all races; black, white, mixed, etc. Not everyone would agree with me on this though. Some people still think it’s wrong to be friends with someone that’s not your race. I will never understand why because even though a person isn’t the same race as me I still can make friends with him or her. Today I will be talking about a guy at my camp named Caleb. Caleb has always been a really laid back person who loves having fun all the time. He went to horseback riding camp with me, and that whole week he motivated me to be a better person and do the right thing. A lot of people are saying that African Americans cannot motivate a person, but I truly think they can. Caleb had made my week at camp a lot more fun by encouraging me to always help out and do what’s right. He always had a smile on his face and helped me out. Seeing him every morning made me want to be more like him. He was always helping feed and water the horses as well as helping clean the stalls everyday. He was never caught not helping with dirty dishes after each meal. I honestly think this had an impact on my week of camp. He was always telling me things like, “You got this” or “Don’t give up on Cali (my horse that week) you know she’s just trying to get the best of you.” That honestly just put me in a better mood, and made me feel good about myself. He also was never disrespectful about anything and even the kids who didn’t get very advanced horses he still treated with respect. I guess what I’m trying to say is that Caleb motivated me to be a better human while at camp, and even at home. To always do the right thing. And lift people up when they are feeling down. But most importantly, have fun while doing all this. It shouldn’t be something that you are forced to do. I could tell that he really liked helping people out, and I found that really nice of him to take time out of his day to help others. So, next time you act mean to someone or just watch someone sit over there and cry. think of what Caleb would do, the right thing. Because the right thing is always the best.
Makenna Dorsch, Wilmington Middle School:
“How Rudy Bridges Inspires Me Today”

I ask myself “Would I be courageous enough to do something hard when it matters most? “”Would I be willing to do something on my own, against bullies and haters, to make a change for something bigger that I know is needed? These are the questions that I think about when hearing the story of Ruby Bridges. When Ruby was six years old, she entered as the first black student of an all-white school in Mississippi. The thought of her trying to be a part of this all-white school made many townspeople angry and got the attention of the country. I just think about my six year old brother entering a school and being seen as nothing but an outsider. I could never be that brave. Ruby’s story made a difference in the nation, and we could be doing things to help as well. Do you ever wonder what life was like for all African American people in those times? We hear stories about African American people that made a difference in history. I could imagine life for Ruby was very difficult! I know that I would never be able to go out into a place where I know I’m not wanted. I’m just too shy, and I would shut down. Ruby has inspired me to not only show other people kindness when they are being disrespectful towards me, but to forgive them. Haters, bullies, downers, protestors and many more people that were angry with the fact that a six year old child wanted a good education I thought was foolish. Every single student in the country, no matter what their skin color is, deserves a chance to have a fair and equal education and Ruby was brave enough to take that stand. Has Ruby inspired you the way that she has inspired me? Ruby inspires me to be my best everyday, and to know my truth when people are telling me otherwise. Ruby has changed the world and is still doing things today! That small little step for six year old Ruby has turned into something even more amazing! Bridges runs an organization called the “Ruby Bridges Foundation.” Ruby travels around the nation to help students of every age in their education. Isn’t it amazing how things not only in our
country but in the world are changing because of her foundation? Bridges is now an author of many books to help encourage students in
their learning. Some people were supportive of Ruby and that is what gave her hope to go into that school every day and to do what she is doing now! Ruby inspires me to do my best, to be kind to others, to stay strong and confident when things seem hard, to forgive people, and to know your truth! Ruby stood up to many cruel people, and that is what it takes to have courage.
Autumn Byrd, Wilmington Middle School:
Sharon M. Draper

Many people have role models. Some look up to famous athletes or great movie stars. As an african-american girl from Ohio who aspires to write great works, I am heavily inspired by Sharon M. Draper, the author of “Blended”, “Out of My Mind”, and many other stories. Today I’ll be taking a deeper dive into the world of Draper and how she’s inspired so many people.
Early Life — One day in Cleveland, Ohio, a newspaper manager named Catherine and a maitre’d named Victor Mills were blessed with a baby girl they named Sharon. Growing up, she was one of three children; herself, her brother, and her sister. Sharon always had an affinity for reading ever since she was a baby when her mother would read to her. In her biography, Draper says, “One of my earliest memories is the sound of my mother’s voice, reading to me. Her voice, melodic and beautiful, drew images for me in my mind.” Draper had been an excellent student as well as growing up in a loving environment. English was her favorite subject because of the opportunities to read and write. After school, she often visited the library to check out lots of different books. As child, Sharon was always a bookworm at heart. This, she says, is the wind her having a love for writing.
Education — Draper was not the valedictorian of her high school due to failing gym, however, she was given the opportunity to give the commemorative speech at graduation which she titled, “A Time For Us”. After high school, she attended Pepperdine College where she majored in English. After graduating, she once again gave the commemorative speech.
Career — Sharon Draper had her debut book in 1994 called “Tears of a Tiger”. My favorite work of her’s is “Blended”. This book stars a young girl named Isabella who tackles the struggles of racism whilst dealing with living with divorced parents. One of her most popular books, “Out of
My Mind”, was named one of TIME Magazine’s 100 Most Influential Books of All Time. She’s also won many other awards for writing including the Ohioan Award for Young Adult Literature, the Margaret A. Edwards Award for lifetime literary achievement, the Coretta Scott award (for
her book “Copper Sun”), and more. Not only is Draper an outstanding author, but she is also an accomplished teacher. She used to teach in school everyday, but now travels from school to school to teach kids all over the country. Draper says, “I feel like I can reach lots more young people through the books. Even though I’m not in a classroom, I’ll always be a teacher and I love working with young people. In conclusion, Sharon Draper has been a role model and teacher for many young people, myself included. She’s an inspiration to people all over the world not only with her books, but with her teaching as well. I believe that everyone should get to experience reading one of her books, so try it for yourself.
Morgan Mertz, Wilmington Middle School:
JACKIE ROBINSON

Faith. Family. Football. This is what matters in the life of Cedric Peerman. Cedric Peerman has made a lasting impact on football, the teams he’s played on, and on me personally. He has been an inspiration to me and all of his teammates. He is not like any athlete I have ever met. He is unique, he has heart, and he has made a difference in the lives of many. He was a running back for the Cincinnati Bengals and often called “the Running Reverend.” Cedric Peerman has left a positive impact on the world and he has inspired me personally. Cedric Peerman was born on October 10,1986 in Lynchburg, Virginia. He attended the University of Virginia where he played football and majored in Sociology. He was drafted by the Baltimore Ravens in the 6th round of the 2009 NFL draft. The Ravens released him on September 5th. After that, he was passed from the Cleveland Browns to the Detroit Lions, and then to the Cincinnati Bengals where he spent the rest of his NFL career. While a Bengal, he was named the captain of “Special teams” and he was chosen for the Pro-Bowl in 2015. While he played professional football, Cedric also became an ordained minister. Cedric Peerman has changed the game of football for the better. Cedric was not only a great running back, he was also a leader and a friend to his teammates. The energy changed when he walked into a room. He began leading Bible studies with Andy Dalton and they prayed before every game. He also befriended Vinny Ray and Ryan Whalen, encouraging them like brothers. He poured into their lives like a minister would. A teammate of his at Virginia once said, “Cedric is the heart of the team. He makes everything go… There is a tremendous fight in him.” Peerman has left a legacy for football for generations to come. Cedric Peerman is an inspiration to me and will continue to be for as long as I live. He has taught me that even though my opinion is not always popular, it still deserves to be heard. have personally met Cedric, his four great kids, and his amazing wife. I have even had the chance to babysit for him and I’ve come to know that his family is special. Even though we are different ages and different races he has always treated me with kindness and respect. And his family does the same because he is such a good dad and role model. Cedric has inspired me to always do what is right but to also have fun. He has been a light in my life and he’s left a good impression on me and the world of football. Football may never be the same because of his optimistic personality. His contributions to the lives of his teammates are ones that they will never forget, and his love for faith, family and football will continue to inspire others. Although Cedric doesn’t still play his legacy should be celebrated. His good works are the reason he is such an outstanding role model. If more of us followed Cedric’s example maybe the world would be a little bit brighter.